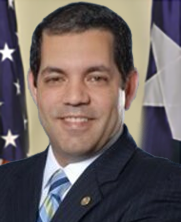 TO FURTHER PROMOTE NON-MOTORIZED MODES OF TRANSPORTATION, AND WITH A $29 MILLION INVESTMENT, GOVERNOR ALEJANDRO J. GARCÍA PADILLA ANNOUNCED THE CREATION OF PASEO LINEAL PUERTA DE TIERRA, a pedestrian and bicycle path around the San Juan inlet with outstanding views of the Atlantic Ocean and other historic properties that will be both attractive to tourists and local residents. This is an exemplary project that demonstrates Puerto Rico’s commitment to invest in infrastructure which fosters economic growth and tourism, while we reduce excessive congestion and harmful emissions to our environment

Paseo Lineal Puerta de Tierra is a pedestrian and bicycle path around the San Juan inlet.

■ Road Safety: Promoting safety has been our priority since we took office on January 2013. During this last year we were able to achieve the lowest number of fatalities on record since 1975. In the last two and a half years alone we experienced a 17% historic reduction, from 366 in 2012 to 304 in 2014. This comes as a result of the implementation of the first Strategic Highway Safety Plan (SHSP) for Puerto Rico, approved in 2013.

■ Fiscal Responsibility: Puerto Rico’s Department of Transportation and Public Works (DTPW) and its ascribed agencies, were able to reduce their operational costs by $41.7 million without major sacrifices to the services provided. We accomplished these results by integrating technology and promoting operational efficiencies.

■ Marine Transportation: The Maritime Transportation Authority (MTA), has achieved the unprecedented amount of 1.1 million passengers yearly, due to its recently increased fleet of six ferryboats in service, from one in 2013. MTA is looking to put in service all of its original fleet of 11 vessels by 2016.

■ Road and Highway: The Puerto Rico Highway and Transportation Authority (PRHTA), in partnership with the private sector, completed a landmark intersection improvement between PR-17 and PR-181 which provides access to the recently inaugurated world-class shopping center, The Mall of San Juan.

■ Airports: The new Lufthansa Technik Maintenance Repair and Operations (MRO) hangar in the Rafael Hernández Airport in Aguadilla began construction this past November and shall be completed within a year. Operations will commence in July 2015. This state of the art facility is a true milestone that marks the beginning of the Air and Space Industry in Puerto Rico.

■ Road and Highway: PRHTA began construction of the final phase for the PR-9 expressway in the Municipality of Ponce. This project will facilitate cargo access to the Transshipment Port of the Americas which promises to be a renowned hub for international and Post-Panamax ships.

■ Toll Credits and Finance: Thanks to the improved relations with the Federal Highway Administration (FHWA) and the Federal Transit Administration (FTA), we have financed over 40 CAPEX projects using mainly federal funds, with Toll Credits as matching local funds. This represents an injection to our economy of $182.7 million and a substitution of $37.1 million of state funds. One of these projects was the purchase of 30 minibuses for 18 municipalities and other entities to transport the elderly and people with disabilities.

■ Puerto Rico Integrated Transit Authority (PRITA): PRITA will be working with municipalities to create local public mass transportation systems for greater efficiency. Agreements will be established based on the successful models of the Municipalities of Caguas and Carolina.

■ Bike and Pedestrian Plan: PRHTA has begun the development of the Comprehensive Bicycle Routes and Pedestrian Plan and the Complete Streets Plan. These will serve as a guide for the creation of more bicycle routes across the Island, and as the foundation for streets that are walkable and safe for every user.